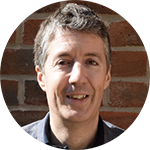 From claims over the size of the crowd at Donald Trump’s inauguration to automated “bots” retweeting disinformation generated in the “fake news” factories of Macedonia, the spread of disinformation, misinformation and outright falsehoods had become integral to contemporary life.

While “alternative facts” are in the ascendant, our collective capacity to shoot them down is sadly lacking. In the US, landmark studies in 2016 and 2019 suggest that the vast majority of citizens can’t separate “fake news” from “real”, or distinguish between straight journalism, advertising and political ads. In 2017, more than a third of UK secondary school teachers polled reported that their students had cited fake news in academic work.

The rationale for an intense focus on “information literacy” couldn’t be clearer. To educators, at least. 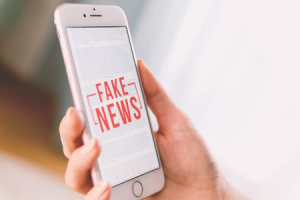 Many students unfortunately, might beg to differ. That’s certainly what happened when I first tried to teach my students how to think more critically about the content of their social media feeds, which is where most of them get most if not all of their news.

They didn’t dispute the problem of fake news. What they disputed was my belief that they would benefit from any help dealing with it. “Sir, people who believe that stuff – they’re just the stupid ones.” Which my students weren’t. Obviously. So my best efforts to engage them in critical thinking about online information met (at best) apathy and (at worst) polite hostility.

It was a dilemma. My students had great confidence in their ability to spot fake news, to the point that they resisted efforts to help them get better at it, yet the research I was reading, and their performance on tasks I set them in class, strongly suggested that this confidence was misplaced.

I knew that nothing would change unless and until students accepted that their faith in their capacity to discriminate was misplaced. So I stopped focusing on fake news and homed in on them.

From information literacy to neuroscience and social psychology

For inspiration, I turned to popular neuroscience and social psychology, beginning with three key books: Antonio Damasio’s Descartes’ error, Jonathan Haidt’s The righteous mind and Daniel Willingham’s Why don’t students like school? These furnished me with critical insights into why everyone, however “smart”, are as vulnerable to fake news as anyone else. Of most relevance:

If students could learn all this, I realised, they might become a little more thoughtful about their critical literacy skills.

From research to practise

The challenge: translating what I’d learned into lessons with a decent chance of convincing teenagers that they might not be the critical navigators of news that they thought they were. 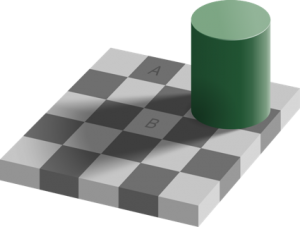 Anyone interested in the specifics is welcome to look at and adapt (and perhaps improve) the lesson plans I’ve put together (email graham.gardner@abingdon.org.uk).

From teaching to outcomes

I’d love to report that every student I’ve taught, having discovered that they’re not as good at filtering out misinformation and disinformation as they once thought they were, is now more critical of online information. Unfortunately I have no way of knowing that.

What I do know is that in these lessons my students are more interested and questioning than they ever were under the “old regime” of teaching “information literacy”, and at the very least give the impression that the sessions have caused them to reflect on their previous assumptions and future potential behaviour. I have been astonished by some of the experiences and observations some students have shared – and their bravery in doing so.

Although anecdotes should always be treated with caution, I cannot help but treasure the informal feedback of one Sixth Former, passed onto me by the teacher who overheard it: “I didn’t realise that librarians could be that relevant.”

Some of what I’ve outlined might sound daunting, for both educator and student. It needn’t be – but you will need to do some reading, abandon your comfort zone, and be committed to helping students find the truth of what you’re teaching in their own lives.