Information literacy: why it matters more than ever

Home Blog Information literacy: why it matters more than ever
ALL BLOG POSTS 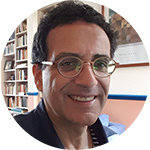 Information literacy (IL) is important to society, and arguably more important and relevant than ever. As a concept, it has been around for several decades, first explicitly envisaged in 1974, in the pre-Internet age. Since then, the essential premise has remained the same: IL is the means of helping people to address their information needs, which are as varied as the life experiences and aspirations of individuals. But even more than that, to draw from the CILIP definition[1], IL is the ability to think critically and make balanced judgements about any information we find and use. As such, in a world where most of us use, create and share information at a far greater rate than any time in history, IL empowers us as citizens to reach and express informed views and fully to engage with society. And given the hugely varying nature in the quality of information – and the dangerous prevalence of online mis/disinformation – IL is also about developing the capacity and confidence to make judgements about information, to adopt healthily critical approaches towards it, to understand its purpose, its provenance and the way that it is mediated.

This crucial societal relevance is explored in a book which I have recently edited and which was published a couple of months ago. The premise of ‘Informed Societies’[2] is that IL is political, in the broadest sense of the term. If politics is defined as “the activity through which people make, preserve and amend the general rules under which they live”[3], then there is a clear correlation with the empowering nature of IL, in that the act of politics, and of civic and democratic participation, is underpinned by people’s ability to reach informed views. And the very essence of a judicious and discerning information behaviour forms part of the process through which individuals and groups can behave politically.

IL does not exist in isolation from other concepts, and the book – through the fields of expertise of its various contributors – examines IL’s relationship with political and democratic theory and practice; with personal and social identity; with cognitive science; with national and international policy environments. And it looks at IL through the prism of school education, libraries, and the needs of older people and vulnerable communities. All this serves to emphasise how judicious and discerning approaches to information impact on behaviours and practices in different social contexts.

I should stress also that, although IL is the convenient shorthand term that I use here, more often than not, other terms are used to refer to the issues that it describes. Thus in the world of journalism and media regulators such as Ofcom, the terms of choice are media literacy or news literacy. For public agencies, including government departments, digital literacy is a frequently used label. Others might prefer to think in terms of critical literacy or critical thinking ability or inquiry-based learning. And sometimes, the terms are hybridised, as with UNESCO’s concept of MIL, media and information literacy. But the precise terminology is of secondary importance, since these different concepts overlap considerably. What is more important is that different stakeholders realise that their agendas refer to very similar things, which helps in reaching common understandings and joined-up strategies.

At the same time, IL is not a panacea. The educational approaches upon which it is founded are crucial for fostering healthy information behaviour, but they are not sufficient. For instance, cognitive science, with its focus on psychology, has much to say about predisposition towards information discernment and abilities to recognise and understand mis/disinformation. Other attributes, such as intellectual empathy (i.e. the ability to consider the viewpoints, experiences and reasoning of others) are important factors. These issues are considered at various points in the book. And beyond the steps that individuals might take, the fostering of healthy information environments – and, as part of that, the combatting of mis/disinformation – requires the formulation and deployment of a battery of national and international measures by public, commercial and third sector players, encompassing legal, regulatory, financial and technological solutions. IL can only be truly effective as part of this mix.