The Uses of Literacy Today

Home Blog The Uses of Literacy Today
ALL BLOG POSTS 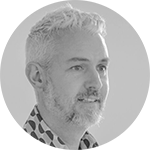 Guest blog by Julian McDougall, a Professor in Media and Education, Head of the Centre for Excellence in Media Practice, and Principal Fellow of the Higher Education Academy. He edits the journal Media Practice and Education, runs the Professional Doctorate (Ed D) in Creative and Media Education at Bournemouth University and convenes the annual International Media Education Summit. His current research is on critical media literacy for resilience to ‘information disorder’, funded by the US Embassy and published by Palgrave MacMillan.

As many as possible of the citizens of a democracy must be not only literate but critically literate if they are to behave as full citizens. (Hoggart, 2004: 189)

In November, I was fortunate to be invited to speak at the JCS conference on Digital Literacies in Schools and Building Capabilities at the University of Birmingham, where I shared ideas from a forthcoming book, The Uses of Media Literacy (co-authored with Pete Bennett and John Potter, for Routledge). In that book, we look back at Richard Hoggart’s approach to literacy from sixty years ago and think through an application of the same framework to literacy today, in the era of ‘fake news’, Instagram and alogrithms.  Talking about Hoggart in the conference venue was apt, since the Centre for Contemporary Cultural Studies, which he set up, had been located five minutes’ walk away.

In The Uses of Literacy (1957), Hoggart wrote about how people were using the new ‘mass literacy’ for self-improvement, education, social mobility and civic engagement but that outside forces were seizing the opportunity to use this same expansion in literacy, through the new mass media, for commercial and political exploitation. The research I shared asks – in the era of ‘information disorder’ and ‘fake news’, is the same thing happening?  What kinds of literacy are required to survive in the new information and data landscape? Going further, and crucially, as literacy competencies are never neutral and are, let’s face it, used often for bad things, how do we turn our attention instead, now, to the ‘uses’ of these literacies, as Hoggart did over sixty years ago. How do we focus on these uses of literacy as capabilities rather than competencies? How can we develop a capability framework for the uses of literacy today?

In the Centre for Excellence in Media Practice at Bournemouth University, we recently published recommendations from our research into the role of media literacy in developing the resilience of young people to ‘information disorder’. Our project site presents a comprehensive field review, workshop videos, presentations of our findings, a participant blog, full project report, recommendations for policy and practice and a ‘top ten’ toolkit of media literacy resources selected by the stakeholders for dealing with fake news. A fuller account of the ethnography is provided in my book Fake News vs Media Studies: Travels in a False Binary (Palgrave MacMillan). The key recommendation from that research is that  Media Studies, if adopted as a mandatory subject for all students in all schools, would better equip young citizens with resilience to fake news than reactive resources (such as fact-checking and verification tools) and small-scale projects which focus primarily on skills and competences rather than critical thinking. I describe the latter as important and valuable for ‘giving a fish’, whereas Media Studies is more a case of ‘teaching to fish’. The Times Education Supplement picked this up.

But teaching to fish needs a how. It needs a pedagogic approach which can productively combine the existing media engagement expertise of students with the critical thinking expertise of teachers. This is what we call third space literacy (see Potter and McDougall, 2017). If home is the first space, school is the second, then the third space is in between but acts as a rich, semi-permeable membrane, sometimes physical (eg an after-school club, museum, library, community space, arts centre), sometimes digital / virtual, but also possibly metaphorical – a new way of ‘doing learning’). The point is that expertise about the contemporary media ecosystem is exchanged between teacher and student, so that students can bring with them repertoires of literacy and funds of knowledge – from their mediated lifeworlds, and teachers make these ‘count’ as schooled literacies. In this way, literacy becomes dynamic. Dynamic literacies offer a sharp contrast with the static nature of the literacy of our school curriculum, sadly.  The challenge from our research is to adapt educational practices to free agentive, social and connected learners from our static systems.  A static curriculum puts some young people at risk from propaganda, hate speech, disinformation, fake news, cyber-bullying, data manipulation, algorithmic surveillance.

‘The Uses of Literacy’ is a book that could be seen to be an ‘as if’ book, it is a re-imagination of the personal into forward thinking about how could culture could be. It is both a utopian enterprise, and a dystopian vision. (Kate Pahl, afterword to The Uses of Media Literacy (Bennett, McDougall and Potter, 2020)

Hoggart’s original title was ‘The Abuses of Literacy’. In 1950s Yorkshire, he observed:  we are moving towards the creation of a mass culture, the remnants of an urban culture ‘of the people’ are being destroyed, and the new mass culture is in some important ways less healthy than the often crude culture it is replacing.

‘The Uses of Literacy’ is a book that could be seen to be an ‘as if’ book, it is a re-imagination of the personal into forward thinking about how could culture could be. It is both a utopian enterprise, and a dystopian vision. (Kate Pahl, afterword to The Uses of Media Literacy (Bennett, McDougall and Potter, 2020)

Hoggart ends his conclusion with the question of how freedom can remain meaningful as  technology develops and makes us feel ever freer, when we may be less free.  There is much to disagree with in The Uses of Literacy and much to dispense with now, theoretically and politically, for the work of media literacy.

But that is still the question.